SONORA, CA: The Tuolumne Utilities District (TUD) Board voted unanimously last night to move forward with plans to construct a new water storage tank located between Twain
Harte and Sugar Pine. Last winter a wind storm caused a ponderosa pine tree to fall,
damaging an existing 125,000 gallon water storage tank referred to as the District’s “Zone
2” tank. Another tank nearby, the Meadowbrook Tank #1 in Lakewood which holds 125,000 gallons is also in poor condition and has severe corrosion. Both tanks are currently drained and out of service.

The Zone 2 and Meadowbrook tanks are essential for water storage during the District’s annual ditch outage period which takes place each fall. After District Engineers have assessed all options in the area, they recommended to the Board of Directors to improve the overall water storage in the Twain Harte-Sugar Pine area by constructing a new tank. The new tank would have a water storage capacity of 600,000 gallons and would replace the damaged tanks plus increase overall water storage capacity. Over time the District could phase out two other tanks that will also need future repairs. “This is the future of TUD with this type of consolidation plan. It’s brilliant!,” states Board member, Ron Ringen. Eventually the consolidation plan calls for phasing out a total of four water storage tanks to one tank when the construction of the new 600,000 gallon tank is completed. The estimated total cost for the project is just over $390,000. 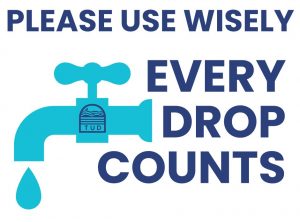