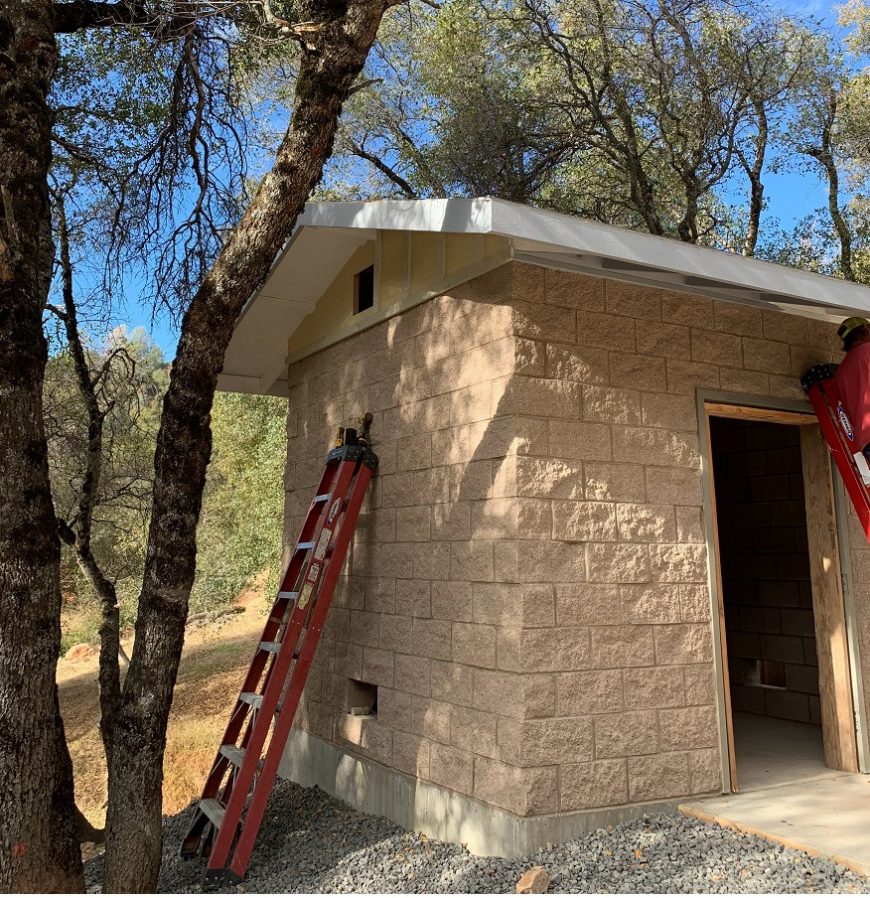 Tuolumne Utilities District (TUD or District) is nearing completion of the Eden Lane Pump Station located in Tuolumne, as part of its Zelinsky Tank and Pump Station Consolidation Capital Improvement Project (CIP). The District has hired local contractor, SMCI Inc. to make complete improvements to the Eden Lane Booster Station including installing a generator, constructing a new 4-inch diameter C-900 water mainline from the Booster Station on Eden Lane up to Zelinsky Court and eventually connecting the hilltop customers it serves.

This project will consolidate two hydro stations currently in poor condition with one modern, reliable station, that will have generator power back-up to avoid disruption of water service during a power outage or PSPS event. After the Eden Lane Pump Station is complete, the District will be abandoning the Zelinsky Tank. The District acquired the Zelinsky Tank with the purchase of the Ponderosa Water System, located in Tuolumne in the 1990’s. This tank is in poor condition and is not suitable for rehabilitation. The project is estimated to be completed by mid-January, weather permitting.

TUD Board Changes Board Meeting Time to 9AM