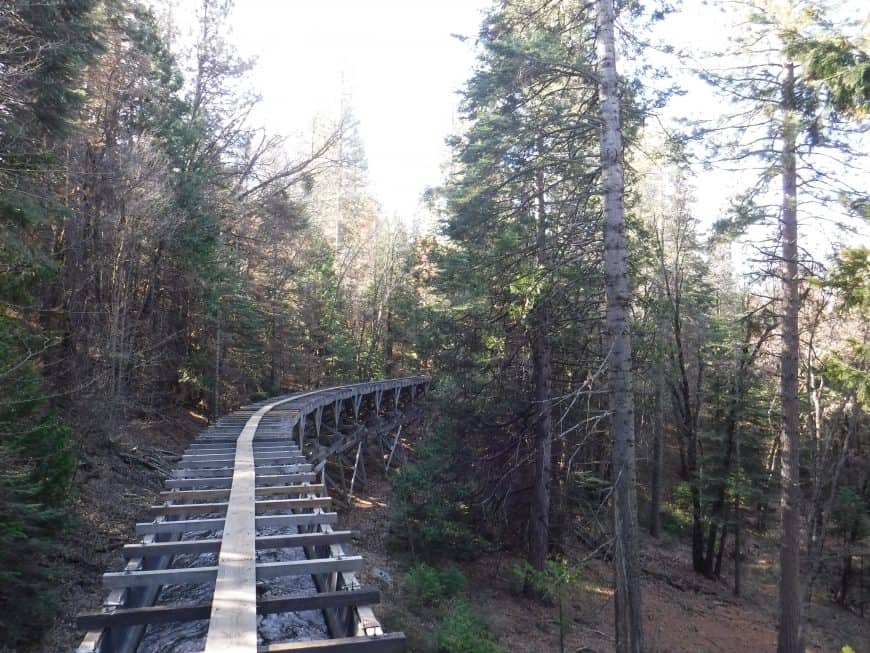 “The Tribe has made a commitment to ensuring that the Rancheria and surrounding communities are protected from fire. It is a true honor to commit our Tribal Fuels Crew to this project”, states Jon Otterson, Executive Director of the Tuolumne Band of Me-Wuk Indians.

The goal of the Lyons-South Fork Watershed Forest Resiliency Project (LSFWFR) is to help protect the Pacific Gas and Electric Company’s (PG&E) Tuolumne Main Canal (TMC) a historic feature consisting of a series of wooden flumes and connected canals. It is the primary drinking water conveyance system for TUD and 90% of the residents of Tuolumne County. If a wildfire destroyed a section of the flume it is estimated that most of the residents of Tuolumne County would be without drinking water for a significant amount of time. The TMC serves a residential population of approximately 44,000 in addition to commercial and industrial businesses. The primary private landowners SPI and PG&E are already working on removing dead and dying conifers and ladder fuels from their lands.

In a joint collaborative partnership, Tuolumne Utilities District, as the project applicant, was awarded $496,000 in 2016 in grant funding from the Sierra Nevada Conservancy (SNC) to implement a critical fuel break along the Tuolumne Main Canal which conveys water from Lyons Reservoir.